I caught a “shared” taxi today to go to Kampot. We ended up with 8 people in a regular Toyota Corona sedan. There were four people in the back, including two other foreigners and four in the front.

The front seats were regular individual seats, so there were two guys in the passenger seat and two guys sitting together in the driver’s seat. The car had electronic windows, but no switches so you had to hold two wires together to get the window to go down. 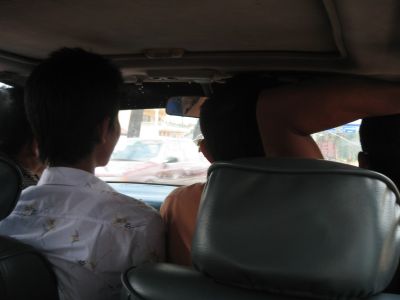