I enjoy reading the local expat newspapers and magazines to the places I visit. You get a good feel for what is happening in the expat community of a particular place. I am always on the look out for a place I would like to spend an extended amount of time and one thing that makes a city or town attractive to me is a friendly expat community.

I am in Hua Hin now which is about 300km south of Bangkok. It is a quiet beach town which seems to be very popular with older Europeans. Every second shop in the town seems to be selling somewhat expensive, upmarket condos and villas, aimed at western retirees.

A story grabbed my attention tonight in one of the local expat magazines I was reading – an American man was shot out the front of his home in Hua Hin by a Thai man. Apparently the American were involved in some kind of property dispute with a developer, which was apparently set to go before the courts.

You can read details of the story on a Hua Hin expat forum. Thailand is probably safer for westerners than when they are in their own country. The only times people seem to get into trouble is when they have had too much to drink or get involved in disputes with locals.

The American who was shot had previously had his car fire bombed. I can understand the couple wanting to try and resolve their property dispute, but when it starts to put your family’s safety in danger, sometimes it is better to walk away. 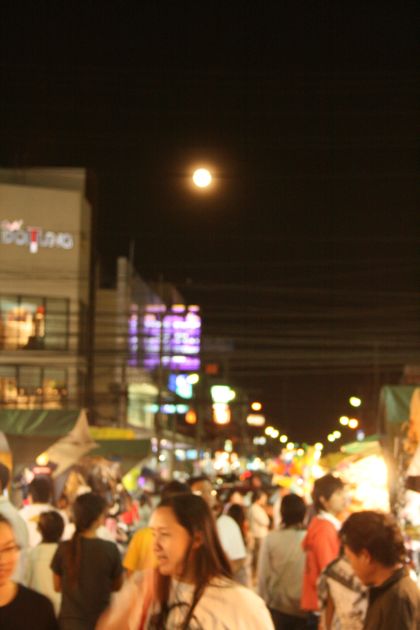 Showering with the frogs

Change of plans – heading to Thailand

Back to the heat and humidity of Bangkok

Back in Koh Chang